The Way of the Wolves. 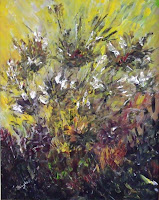 Why did I not try to change the behaviour of The Doc? Let me first tell you a little tale. A student went to the master to for his help in how to deal with bad mannered insulting people. He said he was at his wits end with their behaviour. He said he was having a really difficult time controlling his anger. He saw people criticising others totally unaware of their own faults. “It is just the way they are,” he said. “I do not want to be like them but it just upsets me so much.”


The master thought for a moment. He then asked the student if he was not the one who had a close escape from wolves. The student agreed that he was indeed. “Tell me about,” said the master. So the student told the master how he had to climb a tree to escape a pack of wolves and how he had to wait and then slowly move from tree to tree. It had taken him almost two days to get home to safety.

“Offended, why would I be offended?” “Were you not insulted by them?”

“Well they wanted to eat you and bite you.”

“But that is what wolves do, they are just being themselves”

When wolves chase or attack the wise thing is to make as much distance as you can between you and them. Same with people who are offensive and angry make some distance between yourselves and them. They are just being themselves.

The Doc was happy being what he was and he was doing no harm to anybody, except himself. There was no point getting upset with him or angry. There are times when we have to learn to just leave well alone and the Doc he was one such case.

It is not easy but sometimes love is not easy. This is the way of the Tao.


This blog is linked to my other where I talk about the artwork used:-  Autumnal Hedgerow
Posted by Ralph at 08:03