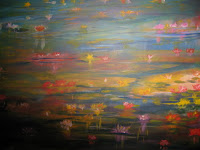 For many years I was involved in working in courts. As a part time judge, I saw a variety of those who in one way or another make the live of others less pleasant. But it also brought its humour. I suppose in the midst of the bad we all seek the funny.


Two magistrates had fallen foul of a police speed trap. Each was due to appear before the court. It was agreed each would try the other. The first magistrate went onto the bench. The charge was laid out before him. The second magistrate had been caught going at 90 miles per hour. The bench magistrate took time and thought. He then fined the second one £300 and endorsed his license with 4 penalty points.

They exchanged places. The first magistrate now stood in the dock. He had been caught at the same speed. The second magistrate thought, and then fined him £350 and endorsed with 5 points. When challenged by the first he stated. “We have to set an example here. This is the second case like this in one morning; we have to do something to make an example.”

A police constable had a disagreement with the local minister. Determined to get the better of the minister he watched and tried to catch him speeding, or jumping a red light. He was unsuccessful, the minister drove with due care. Then one day he saw the minister or his bicycle, he stopped him. He wanted to check that the cycle was in good road order. It was in tip top condition. The minister laughed, “You see I have special cover, I have the Lord always with me.” The constable drew out his notebook with a wry smile. “I have you at last,” he said, “you are charged with cycling with two on a bicycle.”

Yes the old ones are the best. But there is a truth lying within these two little stories. Life has a strange way of coming back to us. The actions of our lives ripple out and touch the lives of others, each action having a reaction. The more we encourage good actions then the more we are likely to experience good actions in our lives.

I hope today starts with a little smiles and that smile causes a reaction that makes you bring a smile to another. Each day as I read your blogs I leave my computer with a smile determined that in the course of the day I will pass it on.

This blog is linked to my other blog where I discuss the artwork: The Lilly Pond
Posted by Ralph at 08:02