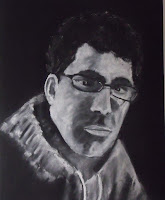 The father was getting very old and forgetful. His daughter felt that it was time for her to find a good retirement home for him. He did not agree at all, he was sure that he was able to manage as he was. There were times when he went upstairs and forgot why, but that happens to us all does it not?


The daughter decided to consult the doctor. Her question to him was very simple, “How do you discern the correct time to take a person into a home?”

“Ah,” said the doctor, “we run a small test, on the basis of the reaction we decide.” “What is the test?” asked the daughter.

“It is simple,” said the doctor. “First we fill the bath with water. They are told they have to empty it. Once it is fairly full we offer the client a choice; they can choose a spoon, a cup or a bucket.”

The daughter looked at him, “That is so simple, surely they choose the bucket. That way they can empty the bath the fastest.”

“No,” said the doctor, “most people would pull the plug. Do you want a bed near the window and when do you want to come in?

The master had a very clever student for whom he had high hopes. The student was aware of this and held the master in very high regard. So he was concerned when one day he broke the master’s precious cup.

He gathered up the broken pieces and approached the master, keeping the broken cup hidden.

“Master, why do people have to die?” he asked. The master looked at him and replied, “This is the natural way of things. Everything has to die and has only so long to live. For everything there is a season.”

The student produced the cup from behind his back, “It was time for this cup to die,” he said.

The master could only grin; the tension had been removed from a difficult situation with humour.

I hope today I made you grin, if not laugh.

This blog is linked to my other where I discuss the artwork:- Ross 2
Posted by Ralph at 08:01