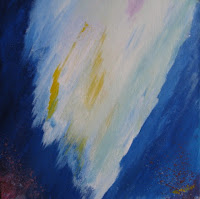 In my home there are a number of treasured items, not in their monetary value, but in their intrinsic value. There are gifts that have been given to me at various times throughout my life, by a variety of people. I look at them and I remember them the moment I received them and the people who gave them to me.


I have a watch that was given to me by a dear old lady. It was her grandfathers watch, but she gave it to me she said because it had a big face and I would see it easier when I was preaching. Now I could easily have thought she was telling me my sermons were too long. I knew though that this was given in love, and I have cherished it and her memory so often.

I have a cross made from soldering metal. It ripples with light and creates its own colours. It weighs a great deal, but it makes my heart light as I remember the young man who made this as an apprentice piece. I felt so proud the day I was given it.

I have a wooden image of Lao Tzu, purchased at an antique fair in China. It was gifted to me by the students who I took on a trip to China. I remember them all with much fondness.

There is a lovely story of the two masters, Kabir and Kamal. Kabir refused to accept any gifts from his students. Kamal on the other hand never ever refused to accept them. This made Kabir sad. One day he took Kamal aside and said to him, “I do not accept any gift because gifts mean nothing to me. But it pains me to know that you grab all that your disciples bring to you."

Kamal said: "If gifts mean nothing to you, why are you bothered whether I accept them or reject them?" Here, Kabir had a 180º mind, and Kamal a 360º one.

To be able to accept a gift is often as difficult as it is to give one. A gift given has to be given for a reason and the reason has to be clear to the giver. The receiver of a gift has to reach into the thoughts of the giver so that they get not only the thing given but the gift itself.

Thanks to all of you who on your blogs shared a view of the gifts you made for the mothers you loved. You see the giving of a gift is not just a two way transaction it is 360º


This blog is linked to my other where I discuss the artwork used:- Loves Expression
Posted by Ralph at 08:07