The Joy of Obedience 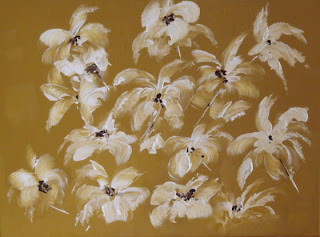 Teaching can be such a joy; there is no greater pleasure in life than to see realisation dawn on the face of a student. But there is always the student for whatever reason, just wants to be awkward. I remember on such student who made a fellow teachers life miserable at every class. Frequently I had to remove him from her class and make him sit in my room and work on his own.


Having spoken with him a few times I began to understand that he carried with him a great amount of resentment. He had a difficult home life. The only time I saw him soften was the day I spoke to him of his mother. It became clear to me that this one the one good thing in his life, from his perspective.

I asked him one day to imagine, what it would be like if his mother went to work and all day people bullied her, or made her life torture. He instantly reacted. “I would kill them,” he said. A strong reaction, much exaggerated. I then pointed out to him that the teachers he daily made life miserable for, was mothers out doing a job. They were fathers who had sons and daughters. It seemed so simple, let him see people as real people not just teachers.

I got an email from him yesterday. What a joy. He has just been promoted in his teaching job.

A teacher gave regular lessons to students on a weekend. Many students from a neighbouring retreat joined his lessons making the master from there very angry. One morning he joined the students feeling even angrier when he saw how many attended.

“Hey, Zen teacher!” he called out. “Who ever respects you will do as you ask, but a man like me does not respect you. Can you make me do as you ask?”

“Come up beside me and I will show you,” said the master.

Proudly the teacher pushed his way to the front.

“Come to my left side,” said the master,

The teacher did as was asked.

“No,” said the master, “we will talk better if you are here on the right side. Step over here.”

Proudly the teacher did just that, he stepped to the right.

“You see,” said the master, “you do as I ask of you and I think you are a very gentle person. Now sit down and listen.”

The gentle way of the Tao.


This blog is linked to my other where I discuss the artwork used:- The Floral Dance
Posted by Ralph at 08:02