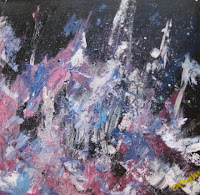 There was an old master who was revered by many. He had many followers living in his monastery each one hoping to learn at his feet. One of his students was a very beautiful young lady. Even with her shaven head and plain robe she looked beautiful. One day the master received a note from her declaring her love for him. He was greatly flattered that she should pay him such attention. Here I am an old man, he thought, and she such a beautiful lady. This played on his mind all day, and he asked himself why he thought as he did.


The next day at meditation he stood up and said, “If you really love me then come now and embrace me.” He had thought that he would embarrass her and that would be the end of the matter. He was shocked to discover that he was being embraced by all of his students to the point he could hardly breathe.

We live in an age not only of express everything but also an age of cheap and easy flattery. “Have a lovely day,” it rolls off the tongue and so often means nothing. The trouble with flattery is that it is so easy to want to be flattered. Here was the old master and he was reading so much more into the note from his student than she had meant.

Would it not be good if we always said what we meant? Or if what we wanted to say might cause harm we learned to say nothing. It is no longer the case that we need to speak truth, three times yesterday I heard people claiming they had not told a lie, they had just been, “economical with the truth.” Now there is a phrase to get your mind round. Is that not just a lie?

The other message the old master gives is this. He did not seem to be aware that he was indeed loved as he was. He was craving love, he was loved, more than most of us he just did not seem to see it.

You may not know it but we have a sweet called “Rollo” in the UK. They once advertised on a slogan, “Who would you give your last Rollo to?” Marvellous! I decided to use this in a little story for children. I gave twelve children a Rollo each. I had double wrapped it in foil. I told them it was from me, to them as a symbol of my caring for them. They were each given a choice, they could give it to somebody they loved, or they could eat it. I reminded them that not everybody had got one because I only had twelve. The others I cared for also so maybe they would like to pass them round those who had not got one.

The next Sunday I walked into church to find the communion table and the entire pulpit covered in Rollos. Now, if it were possible I would  give each of you a Rollo, and ask you to pass it on or eat it. It is good to know you are loved but it is equally good to let others know that you love them.

Now who is going to eat that Rollo?

This Blog is linked to my other where I speak of the artwork:-  Love Explosion
Posted by Ralph at 08:04