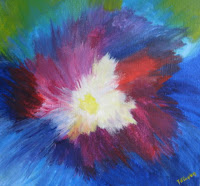 Along time ago in China there were two friends. One friend was a harpist the other was so captivated by his music she could sit and listen to it forever.


When he played the music of the mountains, or sang about the mountains, she would say, “I see them as if we were walking in them.” She would then paint the mounts that had been stirred in her mind.

When he played the music of the rivers and seas she would say, “I can see the waters and feel them on my toes.” She would then paint beautiful pictures of rivers and seas.

One day the listener fell sick and the illness resulted in her death. The harpist cut the strings of his harp and never played again.

Since that day the cutting of the harp strings has been the symbol of true and intimate friendship.

Now compare this to how we use the word love for just about anything. Oh I love a good burger from that burger bar. I just love them so much I have to have one. Or I heard somebody speak yesterday of her love of some particular fan magazine. “I just so love the gossip, I cannot live without my daily doze of it.” Truly this is a quote from her.

We use the word love so loosely it has almost lost its meaning.

I used to shock my students by telling them that love was not a word we should use. They were never able to comprehend my thinking. I used to tease them ruthlessly, about how they used the word love for anything and everything.

At first they would say, “Mr T you are nuts, you have totally lost it.” Arguments would pursue about my love of children. Eventually we discussed the use of words.

I “loved” that spark of light I saw coming on as the understanding kicked in. From then on it was easier to make them think before saying anything.

This blog is linked to my other wher I speak of the art:- Love Explodes Into Life
Posted by Ralph at 08:11