A Tale for Kay 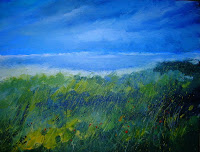 It seems that yesterdays post struck one or two chords. There were so many comments that moved me to think deeply. Having read the story that Kay related I feel that today I have to share a similar tale. I cannot tell you the name of the person so I will just say that he was a very close relative.


He was married and had a family, and yet he was abusing alcohol to such an extent he was spending everything he had in its pursuit. Every thought he had was related to this pursuit. If you asked him what time it was he would tell you it was so many minutes from closing time, or how much money he had, he would answer by saying how many drinks he could afford.

On the 23rd of December one year, I got a phone call from his wife telling me he had taken all her jewellery. She wanted me to go and find him and bring him home. I had done this in the past. After much thought, I decided this time I was going to the police. I told them what had happened and was able to direct them to the pawn shop where he would have sold the jewellery, and also where he would be spending the money.

He was arrested and charged with theft and held in custody. That night I was on a date with the girl who was to later become my wife. We went to the cinema, I cannot remember a thing about it, and all I could think about was that this person was to spend Christmas in prison till the courts opened on Boxing Day.

For years after that this person never ever spoke to me, but it was a life changing event in his life. He has never drunk alcohol again and is very involved in AA. Once when I was a guest speaker at an AGM of the organisation I heard him stand up and say to the assembled people that I was the person who had turned his life around. Do we speak today? Not very often. There was a time I questioned and questioned this but no more.

There is a story of the Zen master who was attending a social event. There was a psychiatrist also present, who decided to ask him a question that had been on his mind.

"Exactly how do you help people?" he inquired.

"I get them to where they can't ask any more questions," the Master answered.

There are times in life we have to just accept that we acted in what we believed to be the best we could and not question ourselves to death thereafter.

This blog is linked to my other where I discuss the artwork used here:- Rain Along the Coastal Path
Posted by Ralph at 08:30