The First Day of a New Marriage. 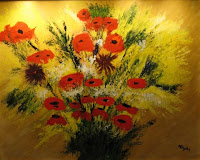 Yesterday I was talking to two friends. We were interrupted by a couple. They asked if they had got it right and I was who they thought I was. I did not recognise them and wondered what it was they wanted of me. They introduced themselves and a memory sprung to the fore of my mind.


This was a couple I had conducted the wedding of over thirty years ago. Here they were still happy and together. How good it was to see them. They told me they remembered that day as if it was just a short time ago. I asked them what it was they remembered the most. One of the jokes you told after the dinner stuck in their memory. I felt a bit of a disappointment that it was not something I had said during the ceremony.

The story I had told was this.

On the first morning of the honeymoon the bride had got up early. She disappeared leaving the groom wondering what was happening. He heard her leave the house and not soon after returning. Soon she appeared in the room. He was overcome by her beauty, but he was even more surprised to notice that she carried a breakfast tray. On the tray was a large flask of piping hot coffee, bacon and egg, a newspaper and a rose in a little vase.

The groom was overcome with joy. He sat up and enjoyed his breakfast. Over a second cup of coffee he read the newspaper. Having finished he turned and kissed his wife. “Thank you, that was just marvellous, what a way to start a marriage,” he said.

“That is good,” said his wife, “that will be how I expect things to be from now on.”

I had gone on to say that marriage was about two people each caring about the other and each seeking to bring joy to the other.

It seemed that they had remembered that each time they were not agreeing. One or other had often said, “That is how I expect it,” and laughed.

A small joke at a wedding had become part of their lives. We are never ever aware of the effect we are having on others. I thank you all for the comments yesterday I went to bed last night feeling overwhelmed. So here I am today again with my little humorous tale from yesterday.

What little gem will we say today that might affect the lives of others? Thanks Jim and Anne, the real bride and groom for the memories.


This blog is linked to my other where I speak of the art used. Thoughts of Spring and Love
Posted by Ralph at 08:05