The Doc and Homecoming 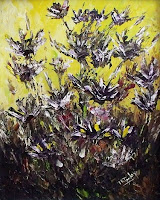 It was Jerry who asked me to comment in this blog on two questions he asked me. The first question was did I ever feel as if I was in prison also? I remember very clearly the first time I visited the prison after my appointment as chaplain. This was a brand new prison for high category prisoners only with an added level of security. I was there from the beginning so it was a very interesting time. This prison is now four or five times the size it was during my time there.


That first day I was on my own just me and what I had to do, visit prisoners, was a strange feeling opening and locking doors, opening and locking gates. The one difference was that on a long chain attached to my belt I had a key. I knew I could walk out any time I wanted; this made me very aware of how different my position was to that of the inmate.

I met “The Doc” very early in my ministerial career. I knew him both inside and out of prison. He was known by everybody as The Doc, because he in fact was a qualified doctor. He was one of two such people I knew the other was Harry whom I think I have mentioned before. The Doc had a real problem with his alcohol intake, he could never get enough. He had reached rock bottom living in a hostel for those who have nowhere else to live. He had an old rucksack in which he kept all of his worldly possessions. In money at all he had or could get was used to feed his habit.

He never caused any trouble to anybody; he had learned to accept his lot. He kept himself clean and on this level I was able to help. I always had access to good second hand clothes. He was erudite and had many tales to tell as he shared an ale. He was good company so many people were willing to pay for another drink for him. When he knew he had enough for the day he went back to the hospital and slept.

The exception to this was the few days before Christmas. This was when he would go and do something silly committing the offence of, Breach of the Peace. He knew when the courts would not be sitting and a term of imprisonment would result. He managed to have most Christmas days in prison. So for The Doc this was indeed a kind of coming home event. Did I try to change him no I took the way of the wolves?

The way of the wolves I hear you ask?    This is another tale for another day.


This blog is linked to my other blog where I discuss the artwork used:- Along the Hedgerow
Posted by Ralph at 08:06