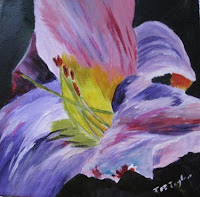 I was overwhelmed by yesterday’s response to the blog. I thank you all for you kind words and such open honesty. I feel humbled to have such caring friends. Now let me put things into a wider context. I have had a privileged life in having contact with people at very intimate time in their lives. There in the happy moments of marriage and birth and there with people as they have shirked off their mortal coils. I have been privileged that they wanted me with them in those times. This effects a person at a level that makes you need to return this to others.


Let me tell you of a young man I will never ever forget. He was fourteen when I first met him the pride and joy of his parents who had thought they would never have a son because of their age. He was a lovely young lad. At fifteen he was diagnosed as having leukaemia. I remember him saying to me with help I am going to fight this. His parents did not drive so I often took them and him to hospital appointments, so I got to know him and them well. He was not given much time, but amazingly it seemed to go into recession and he had things he wanted to do. He wanted to ride a racing bike, and he did. He wanted to sit by a river and fish with his father. We took my caravan to a site where he could do that and he had two weeks of sitting fishing with his dad.

On his return home we fitted a CB radio in his bedroom and he spoke to me when I was out on my visits. I visited him first thing each morning last thing each night. I had my thought for the day for him; he had his joke of the day for me. I never left feeling other than uplifted.

One day a I was told the next door neighbour had made comment about the amount of time I was giving the family and had not managed to pop in and see them. This showed how much they were keeping the seriousness of his condition to themselves.

Just a few days before his sixteenth birthday he died peacefully in his sleep. I became the proud owner of a fishing rod.

I hope those of you who are reading this are not now feeling low or sad because he would never have wanted that. I think of him often and I always think of him as an example of spirit and courage in adversity. His life was short but it was meaningful and even now forty years on he is an inspiration. When you are lucky enough to have friends like this it is easy to care for others.

This blog is linked to my other where I discuss the artwork used:-Floral Abstract
Posted by Ralph at 08:31