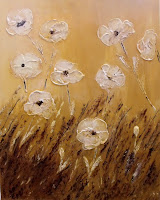 I did tell you Nettie had a daughter, a very pretty girl but also a very shy girl. I suppose it could have gone either way with her. Nettie was not out there in the big world to see what she was up to so she could so easily have gone down one of the many wrong routes, as it was yet went to school, came home and spent most of her life around the house.


I had started what was to become a very successful youth club, “Group 98”. Will leave you to play with that but will give you a big hint it had nothing at all to do with the year. This youth group started a great many ventures, selling pies to football supporters and delivering early morning bread rolls round the parish. With the funds they bought equipment which they had paid for so cherished. Nettie’s daughter became one of the members of this group where she met a really nice lad and they became very close friends. She and a number of this group attended my classes for membership of the church. Some of these young people are now playing leading roles in churches still giving of their time.

Nettie meanwhile was progressing well with her outings. I was feeling comfortable enough to wait or her saying if we were going the next day or not. She and my daughter were forming a close bond. I heard her chat away to her as if they were two buddies. One day we were all out walking and the up and coming event of her daughter joining the church was raised. Nettie felt she really should make the effort to be there. We were both aware of the enormity of this. We visited the church one morning, “This is where we will sit Nettie,” I heard my daughter say. Seems this was going to be a joint effort. “My mummy sits on this seat; I am on this one so you can be here.” It seemed that my thought of a seat very close to the door was being ruled out.

The big day came and we were all ready for this important day. I was full of emotion that day, for Nettie but also for the group of young ones taking a big step for them. Seldom did so many young people make such a step on one day.

When I walked into the church that day behind the church officer I saw this sea of smiling faces and there in the midst of them was Nettie.

Yes she managed to sit through the whole service, and yes a year or so later she and her husband also joined the church. On both occasions she also joined others in the party held in the hall after the service.

A great many steps make a long journey she had travelled a long way. Not long after she joined the church I was asked to become a minister elsewhere and moved on. Nettie did not she stayed in her same house but she still enjoyed her walks, and she bought another coat this time in less haste.

This blog is linked to my other where I discuss the art used on this blog:-Flowers in the Wind
Posted by Ralph at 08:16