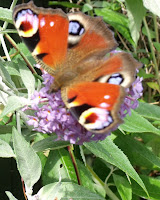 As I sit here this morning I feel the need to crawl back into bed and go to sleep. I had a party last night it was very drunken and very noisy and it went on till about 3.45 am. Now before you say well it is your own fault you are tired, let me explain.


I was not at the party, the party was in my street. I suspect some neighbours had gone away for the weekend leaving their son at home. So what does he do? He decides to have a party and invite his friends. His friends in turn invite others. So at 3.45am there were some 30 or 40 of them running about in the street making loads of screaming noises, and I will draw a veil over some of the other things that were happening.

I was going to do something to have the noise stopped, instead I remembered that at their age I would have probably been doing the very same. Just because they look like adults and wish to be treated like adults does not make them adults. Had I suspected they were in any real danger I may well have done something. Instead I lay in bed counting, not sheep but the parties I had attended.

Yesterday seemed to be party day in my street. Earlier in the day my next door neighbour had a party in her back garden. Her son was celebrating his second birthday. They had great fun.

I was reminded of the tale of the teacher trying to make children adults too soon.

A group of children had started nursery school and were trying very hard to do all that was expected of them.

The biggest hurdle they faced was that the teacher insisted on NO baby talk! You need to use 'Big People' words,' she was always reminding them.

She asked John what he had done over the weekend.

"I went to visit my Nana," he replied.

"No, you went to visit your GRANDMOTHER. Remember we must always use 'Big People' words!"

She then asked Mary what she had done

She said. "No, you took a ride on a TRAIN. You must remember to use 'Big People' words".

She then asked little Alex what he had done.

"I read a book" he replied.

That's WONDERFUL!' the teacher said. "What book did you read?"

Alex thought real hard about it, then puffed out his chest with great pride, and said,

Well you see if you ask children to be adults they might be just that.

Forgive the use of that word but I always laugh when I think of that book. When my daughter was very young, I had a CB radio in my car. In those days people had a handle, a code name. Being a minister of religion mine was of course, Sky Pilot. My daughter Lindsey loved the Pooh books so her handle was, Linnie the Pooh. My son in his innocence one day asked why Lindsey was always asking to go for a pooh.

Have a good Sunday

This blog is linked to my other Butterfly
Posted by Ralph at 08:45