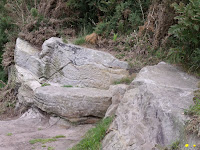 Another strike averted the negotiations between union and management have had a successful outcome. This was the news that I awoke to this morning. The possible closure of six of the UKs largest airports has been avoided. Tomorrow somewhere another set of negotiations will begin.


I suppose it is better that people get round tables and speak to one another rather than the alternative. This was always a line I took with my children. They wanted something I in return wanted something, it was amazing how often we could find common ground.

There were of course times when negotiations hit a wall and I had to draw the line in the sand. “While you are living under my roof, eating my food, and are under 16/18 that is a decision I have made. Maybe I was fortunate in that I had two children who were sensible enough to realise when they had reached that line.

This tact fortunately was not used often, and I never really felt comfortable when I had been forced to resolve to this method.

MY neighbour’s daughter has reached the age of learning to drive. Negotiations loom on the near horizon, about the use of family vehicles.

Reminds me of the story of the father and son and the outcome of their negotiations on this very topic.

The son had gone through the process of learning to drive and had sat and passed his driving test. The son approached the father to ask about the use of the family car. The father responded by saying that this would require some negotiation, and invited him to sit down and they would discuss.

The father opened the discussion, and pretty well closed it, by setting down the terms under which the son would be allowed to have use of the car. They were as follows:-

1. First you have to raise your grades at school from C to B.

2. Second you must, like the rest of the family be more diligent in Bible study.

3. Lastly you have to get your hair cut.

Some weeks later the son requested that the negotiations resume. The pair sat down and began to talk. The father noted that the son had raised his grades from Cs to Bs and in some cases even better, to As.

He also noted that he had seen the son regularly doing his daily Bible study.

His father interrupted at this point with the words, “Sis you notice they walked everywhere they travelled?”

I am sure there was a riposte, but the son was seen leaving the hairdressers the next day.

I am off to read your blogs.

This blog is linked to my other where I will explain the picture on this blog; Natures Chair
Posted by Ralph at 08:42