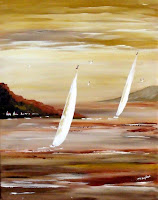 I was thinking about the number of people I know who are busy in the queue waiting. No they are not waiting for a train or a bus they are waiting for things to change. if we are all honest we have all stood in that self same queue at one time or another.


We convince ourselves that life will be better after we have left school and university, or it will be better once we get married, have a baby, then another. Then we're frustrated that the children are not old enough and we'll be more content when they are. Later, we're frustrated that we have teenagers to deal with. We'll certainly be happy when they're out of that stage.

We tell ourselves that our life will be complete when our spouse gets his or her act together, when we get a nicer car, or we get into the house we have dreamed about, are able to go on a nice vacation, when we retire.

The truth is, there's no better time to be happy than right now. If not now, when? Too late to be happy yesterday and tomorrow well not a lot we can do about that until it comes.

Your life will always be filled with challenges. It's best to admit this to yourself and decide to be happy anyway.

One of my favourite quotes comes from Alfred D. Souza. He said, "For a long time it had seemed to me that life was about to begin - real life. But there was always some obstacle in the way, something to be gotten through first, some unfinished business, time still to be served, or a debt to be paid. Then life would begin. At last it dawned on me that these obstacles were my life."

This perspective has helped me to see that there is no way to happiness. Happiness is the way. So, treasure every moment that you have and treasure it more because you shared it with someone special, and they were prepared to share it with you, special enough to spend your time with...and remember that time waits for no one.

Happiness is a journey, not a destination.

Oh and just to get you started the lady waiting for the bus. Let me tell you about her. She was wanting to go to visit a special art gallery. She asked a policeman how to get there. he told her to wait at the bus stop and catch the 46. Two hours later he passed again she was still there. He asked her why she was not at her gallery. She told him not to worry she would get there soon the 42nd bus had just passed so only four to go.

Happiness is a journey not a destination or waiting for it to arrive.

This blog is linked to my Other.  Home From The Sea
Posted by Ralph at 08:02