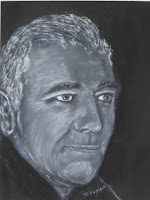 I was sitting last night still in a great deal of pain from my accident. My wife had poured a nice glass of wine for me and laid it on the small table not far from me. Can you imagine what it is like to see such a fine wine and know that reaching round and over to pick it up was going to cause you great pain? It reminded me of a tale.


They were very honoured to have been invited to the banquet at the big house, even although they were somewhat perplexed by the message that came with the invitation. It seemed rather obvious and did not need to be said. Written under the invitation it said in bold letters; “All guests must use only the tableware provided.” Who ever brought their own utensils to such a feast?

As the day grew closer there was much coming and going from the big house. Food deliveries and fine wines were seen among the many items being brought from suppliers. Everybody was getting more and more excited as the time of the banquet drew closer.

Soon it was time to go to the big house. As guests arrived they were shown to their table and the servants introduced those who were sitting beside strangers. It seemed that a great deal of care had been taken to make sure that people were going to get to know those they may not have known well before.

Then came the food, everybody looked in awe as the wonderful selection of dishes were laid before them. There was such a variety it would be almost impossible for there not to be something that everybody would enjoy.

Then came the big surprise. The waiters provided everybody with a large set of chopsticks. They were invited to enjoy the feast. The trouble was they could lift the food with the large chopsticks but they could not then get the food into their mouths. As hard as they tried it was impossible. Some of the guests were getting annoyed and angry until one young lad said, “Why don’t we all serve each other?” The problem was solved and everybody enjoyed the wonderful food. Not only that they also got to know the people round about them who they were dependent on to feed them.

At the end of the meal the host raised a glass and proposed the toast, “To friends old and new and the art of sharing and caring.”

This blog is linked to my other blog where you can read of the chosen artwork:-Ian the Chef

There is an interesting post on the topic of copying I would encourage contributions it can be read at the new blog of a dear friend:- Pinnacles and Potholes
Posted by Ralph at 08:06