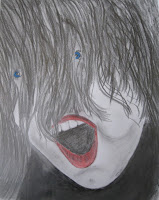 One thing was sure about running marathons. You were racing against nothing but cripples and sick people, well so it would have seemed. As we all lined up for the start or gathered in the start area al the talk was about the injuries sustained in the last two weeks. I often wondered how some of them had managed to walk there at all. Yet the minute the gun went all the injuries seemed to vanish in a flash and you were surrounded by well trained athletes.


There once was a monastery that was very strict. Following a vow of silence, no one was allowed to speak at all. But there was one exception to this rule. Every ten years, the monks were permitted to speak just two words. After spending his first ten years at the monastery, one monk went to the head monk. "It has been ten years," said the head monk. "What are the two words you would like to speak?"

Ten years later, the monk returned to the head monk's office. "It has been ten more years," said the head monk. "What are the two words you would like to speak?"

Yet another ten years passed and the monk once again met with the head monk who asked, "What are your two words now, after these ten years?"

"Well, I can see why," replied the head monk. "All you ever do is complain."

How often have you felt everything was wrong, the paint, the brushes, the heat or the cold. The excuses I have made and the things I have blamed would make a wonderful collection.

I was reminded yesterday of the story of the American Indian and his wife. he introduced his with to a friend using her indian name. The friend asked what the name meant in translation. he was told it translated to, "Three Horses." "Strange name for a lady," the friend remarked. "Oh no," said the indian, "nag nag nag." (The sexes in this story can easliy be counterchanged)

I leave you with that thought to ponder.

This Blog is also connected to my other blog where the chosen painting is discussed it can be seen at:-The Yell
Posted by Ralph at 08:07