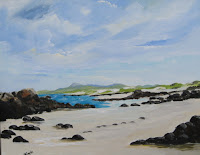 
The villagers did not really know the lady because she had hardly if ever spoken to any of them. The only times they really saw her was when she came out of the house carried in her sedan by her servants. The children of the village had often ran alongside and tried to speak to her but she had always turned and looked away. She found it difficult to believe that people dressed so shabbily and looked so unkempt.

This night she had no alternative but to speak to them, they were after all trying very hard to save her house and her possessions. Yet even now she looked at the ladies that were helping her and wondering how they could look so shabby. She was still speaking to everybody as if they were her servants. As they rescued belongs from her house she would tell them to handle them with care, to put them down gently.

Soon the fire was brought under control but it was too late to save the house as it stood. One thing was certain the lady of the house could not sleep there tonight. The villagers had offered rooms to the servants which they gladly and thankfully accepted. The old lady was a different story. What were they to do with her?

One of the villagers suggested she be taken to the old hut on the outskirts of the village that had recently been vacated with the death of its old resident. It was agreed. Bedding was gathered together and some food. The old lady protested that she could not sleep in these sheets, but the truth was she had little choice. By the time they arrived at the hut it was dark. The old lady was aghast at what she saw but was made as comfortable as possible by the villagers.

In the morning she awoke. She went over to the window and drew back the thick faded curtains. As she looked out she was astounded. Before her was the most beautiful view she had ever seen. She still lives in the hut. She and the villagers have made improvements but she has also helped them to make improvements to their conditions.

Sometimes life has to get to a low point before we become aware of the beauty around us. Sometimes we are so busy complaining about our circumstances we fail to see the ways we can make others lives better.

We are surrounded by beauty. To be aware of it is the way of the Tao.

This blog is linked to my other blog where the artwork chosen is discussed.:- Iona
Posted by Ralph at 08:04