The Things We Remember 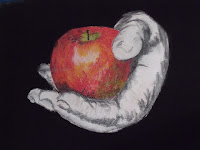 I heard a true story yesterday of an old lady who had died. The family had gathered to clean out her remaining belongings, the measure of her life to some extent. Her daughter had been asked to make a start in the bedroom while the rest of the family began to get the heavy furniture from the living room ready for uplifting.

As the daughter looked through the drawers of the bedroom cupboard she came across a number of photograph albums. She looked through them and saw pictures of herself as a child and some of the important moments of her life. Her mother had kept them and possibly got happy memories from looking at them. Then she found a strange album. It had pictures of the people in life she had not liked at all, the ones she had differences with. There were two full pages of a person she really had disliked with vehemence. It was as if she was looking at theses pictures safe in the knowledge they were now dead and could do her no further harm. In fact, because she had never forgiven them they had in a way haunted her to the very end.

The second thing I heard yesterday was much happier. A group of men were chatting and laughing. I heard them mention an old friend of mine from my youth. Hamish Imlach was a folk singer and joker. He was a larger than life character in every way. He was, to be kind to him, a bit overweight. But he laughed and sang his way to an early grave. Here all these years later these men were still remembering him fondly and still laughing with him at his jokes and humour.

Now that is how I would like to be remembered, as one who has left something that will bring joy years from now.

When you stand before your blank canvas or that blank paper, remember that you might just be on the verge of creating something that will bring joy for years to come.

If there is anybody who reads this thinks I need to forgive them or they think I need to say sorry can I just take this precious moment to do just that.

I have to be up and away very early tomorrow and will not be back until Tuesday. I will try to post at some stage but not at all sure when my apologies.

This blog is linked to my other.Can I Tempt You? Pastel
Posted by Ralph at 11:10