Laziness is Just Resting Before You Are Tired. 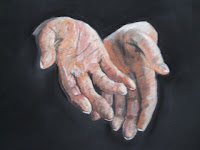 I awoke in a cold sweat, I was in the middle of a terrible dream, a recurring nightmare. I remember when I decided to get myself into university, even though I had left school with no qualifications. I managed it and then the real work began. In my first year on the course I had to get Hebrew and Ancient Greek up to higher level. Now for somebody with no language skills that was frightening. So all those years later I still from time to time wake up in fear that I may not pass that examination, even although I in fact did.

It was hard work and it has obviously had its toll. Would I do it all again? Yes I would, without a shadow of doubt.

Yesterday I saw two things that made my heart heavy. Not far from me lives a lovely family. The children each day set off to walk to school at a brisk and impressive pace. The journey is just over a mile, but I am sure by the time they got there they were awake and ready for a day of learning. The eldest child has become age to drive, passed the test and got a car. She now drives to school taking her younger brother with her. I leave you to ask if this is progress.

The second thing at first made me laugh, but on reflection was really even worse. I was out having a pre dinner walk. A car drew up at the gate of a house on the road where I was walking. The driver blew the horn twice. As I passed the car the window was rolled down to allow the driver to discard her cigarette butt. I heard her say to her friend on her cell phone, “I am out at the gate waiting for you.” Now before you think the gate was a long way from the door of the house let me tell you it was no more than 20 metres.

Having seen what the lack of exercise can do I find it sad that the most familiar smell for so many young people today is the smell f the petrol station.

Reminds me of the tale of the professor who handed out the end of term examinations. At the end of the allotted period he gathered them in. On one of the examination papers he noticed a $100 note attached with a note saying, “A dollar a point.” On the day he handed back the papers he handed out that particular students work with an envelope containing $64 dollars change and the awarded mark 36. The note also said you only get what you worked for here.

There is a beautiful Chinese proverb that says, “Man stand for long time with mouth open before roast duck fly in."

Now before anybody accuses me of being on my soapbox accusing the young of sloth, let me assure you I am not. I read the other day that the trend for longer life is slowing down as the activity of people slows down. I just find that so sad when life is such a beautiful thing and we should want to live it to its full for as long as we can.

So let me end I hope with a smile, and a friendly dig at my own age group.

A visitor said to her hostess, "What a beautiful vase. What's in it?"

"My husband's ashes," she replied.

"He hasn't died. He's just too lazy to find an ashtray."

For every person on the ladder of success there are twenty waiting for the elevator.

I hope you have a lovely and a fruitful day, and I know all who will read this will do just that.

This blog is linked to my other blog.  Hands That Can Do It
Posted by Ralph at 10:03