Silence is Golden, So They Say 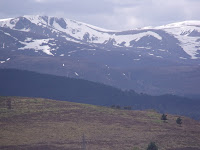 I had many ideas in my youth, some I am proud to remember, some I look back on with some pride and some in which I did much learning. One such idea was to hold a twenty-four hour meditation of silence. I combined this with a week of sacrificial eating. The final aim was to raise funds and awareness of the worlds starving. The week began with the twenty-four hour meditation in silence. Members of the public were invited to join for any length of period they chose. I had provided sheets
that people could give thought to during the allotted time of silence they had chosen. I and one or two others did the full period.
Posted by Ralph at 13:34