Oh My Goodness Look at That 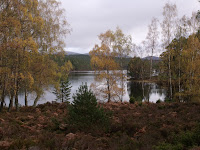 It was good to arrive home after a long and difficult journey. I was bringing my caravan home after allowing my son and his wife the use of it for a week to give him a much needed break. He had spent his honeymoon in this part of Scotland a time full of good memories and also some bad. it was while on honeymoon he discovered the lump that turned out to be cancer. So four years on they were back and they seemed to have enjoyed their time there.

So although it was long drive and in windy and cold conditions it was good, but good to be home.

As I unpacked my bag I looked out the bedroom window. I live in a nice part of the village a quiet cul-de-sac with good neighbours. I was therefore surprised to see so much litter lying around the street. I was aware that the schools were on holiday but it was unusual to see litter in our street.

I listened to the inner voice and all the things I was about to say. Young people etc. etc. But I also heard the voice of the wise old sage who hundreds of years ago said, “Do not complain about the snow on your neighbour’s roof, if you have an untidy doorstep.”

I also remembered the tale of the shopkeeper who every week at the trades meeting complained about the dirty windows of the shop next door to his. One day a fellow trader said to him, “I was passing your shop and I noticed the windows you complained about. I also thought the answer might be for you to give your own a clean.”

The trader was upset but nevertheless he did clean his windows. The next day the owner of the shop next door had his cleaned. They shone like his. So both windows ended up sparkling and clean.

So tired though I was I put on my outdoor shoes, took a bin bag and collected the litter in the street and put it in my bin. Some of the young people said hello as I did it. I wonder what their inner voice was saying to them.

It is easy to criticise it is harder to look at ourselves. Among the litter was a paper bag from where I had just driven. It must have blown from the boot of my car as I emptied it.

This blog is linked to my other.A Painting In Thought
Posted by Ralph at 08:10

Labels: complaining, helping others, ourselves