Anger is Best Kept in Its Place. 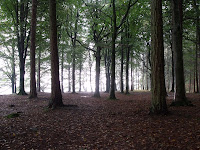 Do you ever have those days when things just go wrong and you begin to feel inner anger building up inside you. I get those days now and again and I always feel the same way when they happen. I feel exasperated and frustrated, fortunately seldom at the person who made me feel that way in the first instant but at myself, because it is a sign that the old me has bubbled back to the surface. Fortunately from years of living with the old me I have managed to work out a number of ways to re-inter the old me where he belongs.

Yesterday was one of those days, a couple of things happened in fast succession and there I was looking at the old me. Today I can laugh at it, thank goodness.

I did apologise that some of you may have heard yesterday’s tales before and it seems I was right to. Taking that into account can I be foolhardy and share another with you today about the thought of anger. (On which as I have said I am an expert.)

There was a farmer who grew watermelons. He was doing pretty well, but he was disturbed by some local kids who would sneak into his watermelon patch at night and eat his watermelons. After some careful thought, he came up with a clever idea that he thought would scare the kids away for sure. He made up a sign and posted it in the field.

The next day, the kids show up and they saw the sign which read: "Warning! One of the watermelons in this field has been injected with cyanide."

The kids run off, made up their own sign and posted it next to the farmer’s sign. When the farmer returned, he surveyed the field. He noticed that no watermelons are missing, but the sign next to his read:

Sometimes it is better to think than it is to react.

I cannot remember who it was that said it but whomever it was made a wise saying when they said, "People who fly into a rage always make a bad landing."

It is also very true that if you allow a person to make you angry then all you have done is handed control to that person.

it was my father, who one day when I was so full of anger he could see it, took me aside and told me, "If you let others dictate how you feel, you are going to be miserable."

In the end, after a very bad start I had a marvellous day with my family. I ran, we discussed and shared events and then I walked in the woods as the daylight drew to a close. The sun had set on what could so easily have been a different kind of day.

So for all those in the past who took the time to tell me about anger I say thank you.

This Blog is linked to my other.  Sunflowers
Posted by Ralph at 09:27