Losing Sight Of The Goal. 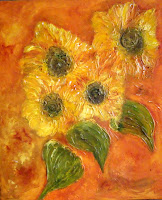 I seem to have caused a lot of misunderstanding yesterday for which I am very sorry. Unfortunately because I had visitors I was unable to see that I had made the error and put it right. I therefore do the only thing I can apologise and try to explain and put it right now.

Yesterday I spent a fair portion of the day cooking an Indian meal for my friends. I know jerry is interested in food again so a brief rundown. I cooked Chicken Dhal and Vegetarian Dhal. I also made a variety of pakora and spring rolls with duck and of course some Naan Breads.

Needless to say I ate more than normal and I had a large glass of ale to help it all over. Now I do not get at all worried about that in terms of calories. This morning I got up early and set out to run with the goal of adding an extra two miles to the route. Simple and with the goal in mind I had a target to aim for. I have all my life worked on the basis of setting goals and then striving to achieve them.

Most of the goals I have set my self I have managed to achieve through determination and hard work. It just seemed that recently I had kind of lost sight of the goals and they were appearing and disappearing in a fog.

There is a lovely true story of a long distance swimmer.

When she looked ahead, she saw nothing but a solid wall of fog. Her body was numb. She had been swimming for nearly sixteen hours.

On that Fourth of July morning in 1952, the sea was like an ice bath and the fog was so dense she could hardly see her support boats. Sharks cruised toward her lone figure, only to be driven away by rifle shots. Against the frigid grip of the sea, she struggled on - hour after hour - while millions watched on national television.

Alongside Florence in one of the boats, her mother and her trainer offered encouragement. They told her it wasn't much farther. But all she could see was fog. They urged her not to quit. She never had . . . until then. With only a half mile to go, she asked to be pulled out.

Still thawing her chilled body several hours later, she told a reporter, "Look, I'm not excusing myself, but if I could have seen land I might have made it." It was not fatigue or even the cold water that defeated her. It was the fog. She was unable to see her goal.

Two months later, she tried again. This time, despite the same dense fog, she swam with her faith intact and her goal clearly pictured in her mind. She knew that somewhere behind that fog was land and this time she made it! Florence Chadwick became the first woman to swim the Catalina Channel, eclipsing the men's record by two hours!

I have a goal to keep these blogs going, even if just for myself and the mental energy it creates for me. I have a goal one day to paint something special. I also have this new goal of never again allowing myself to become unfit and overweight.

The trouble is I have never before worked with so many goals at the same time. MY friends are laughing at me because they see me running around like a headless chicken trying to clear the fog.

So Susan you are right. But I will not give up any of the things I am going to create a proper calendar and set myself more achievable goals for a week at a time.

More of that on my other blog.

Have a great day.

This blog is linked to my other.Textured Sunflowers
Posted by Ralph at 10:38