The Race To The Top. 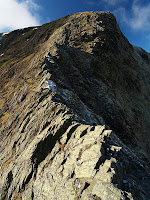 I am for some strange reason growing more and more reluctant to watch television. In an age where daily more channels are added to the daily schedule. A bigger and bigger selection of programmes to watch; less and less worthy of giving the time to viewing. We have in the UK become obsessed with two things, it seems to me. Reality television, where people expose their lives for the rest of us to view, and then we have the love of so called celebrities. People become celebrities because they have appeared on reality television, then they appear on all kinds of shows telling us how best to enjoy life.

Yesterday as I watched for about ten minutes there was also shown an advertisement for some well known batteries. toys doing all sorts of things but the ones with the right batteries winning and lasting the longest.

I just could not help putting the two together in my thoughts. Let me explain with another of my little stories.

There once was a bunch of tiny frogs.

They had arranged a running and climbing competition. The goal was to reach the top of a very high tower.

A big crowd had gathered around the tower to see the race and cheer on the contestants.

The starting pistol was fired and race began.

Honestly, no-one in crowd really believed that the tiny frogs would reach the top of the tower.

You could hear people shouting.

"They will NEVER make it to the top".

"Not a chance that they will succeed. The tower is too high!"

Sure enough the tiny frogs began collapsing, one by one.

Yet some were still climbing higher and higher.

The crowd continued to yell

More tiny frogs got tired and gave up.

This one wouldn't give up!

At the end, everyone else had given up climbing the tower. Except for the one tiny frog whom, after a big effort, was the only one who reached the top!

Of course all of the other tiny frogs naturally wanted to know how this one frog managed to do it?

A contestant asked the tiny frog how the one who succeeded had found the strength to reach the goal?

That the winner was deaf.

He was the only one whose mind had not been filled with negative and empty advice.

He had listened to the inner voice that assured him success was possible.

Now! This is the way of the Tao.

I will explain the use of this picture on my other blog along with todays art. A Work In Progress
Posted by Ralph at 07:56