I Am Seeking The Truth 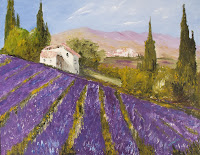 I was sitting yesterday starting to prepare to do another drawing, I had the paper, an eraser and two pencils. I had to laugh to myself. Is this all I am going to use to produce what I would hope to call a work of art? It was, and I hope to produce something that I might one day share with you. So I made a start. After being engrossed for an hour, I had not achieved a great deal. but there was at least something on the white surface.

I am so used to having to prepare so many things before starting on a painting and then working fast and after an hour having something to show. Something that will look like a picture.

As I sat and looked I remembered a lovely story I gathered on my journey through life. It is the story of the man who was seeking the truth of life.

After years of searching, the seeker was told to go to a cave, in which he would find a well. 'Ask the well what is truth', he was advised, 'and the well will reveal it to you'. Having found the well, the seeker asked that most fundamental question. And from the depths came the answer, “Go to the village crossroad: there you shall find what you are seeking.”

Full of hope and anticipation the man ran to the crossroad to find only three rather uninteresting shops. One shop was selling pieces of metal, another sold wood, and thin wires were for sale in the third. Nothing and no one there seemed to have much to do with the revelation of truth.

Disappointed, the seeker returned to the well to demand an explanation, but he was told only, 'You will understand in the future.' When the man protested, all he got in return were the echoes of his own shouts. Indignant for having been made a fool of - or so he thought at the time - the seeker continued his wanderings in search of truth. As years went by, the memory of his experience at the well gradually faded until one night, while he was walking in the moonlight, the sound of sitar music caught his attention. It was wonderful music and it was played with great mastery and inspiration.

Profoundly moved, the truth seeker felt drawn towards the player. He looked at the fingers dancing over the strings. He became aware of the sitar itself. And then suddenly he exploded in a cry of joyous recognition: the sitar was made out of wires and pieces of metal and wood just like those he had once seen in the three stores and had thought it to be without any particular significance.

At last he understood the message of the well: we have already been given everything we need: our task is to assemble and use it in the appropriate way. Nothing is meaningful so long as we perceive only separate fragments. But as soon as the fragments come together into a synthesis, a new entity emerges, whose nature we could not have foreseen by considering the fragments alone.

I hope this is the start of a wonderful day and weekend for all of you.

Yesterday Jerry asked me to explain how to add a link on a blog. I know a lot of you already know how to do that but as ever trying to be helpful let me explain. First you decide where you wish the link to be and place the cursor there. So if I wanted to link it to Jerrys blog I would place the cursor before his name. Then on the blogger dashboard hit the word Link. A box opens. In the top box I write Jerrys. Then in the box underneath I paste the link to his blog> I do this by opening his blog and copying the address bar and pasting it in this box. You must do it in that order. Then click ok and there you go as you will see if you Hit his name above. I have linked to your profile because I se you hae Two blogs Jerry. Hope this helps.

This blog is linked to my other. Lavender Fields
Posted by Ralph at 08:13