Is It Time For a Change? 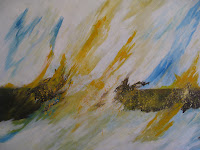 Yesterday I went walking with my daughter. We walked a path I had walked not so many weeks ago. It was not the longest of walks lasting only about three hours. The fact that I had walked it before was comforting though, in the sense that I knew what to expect. I knew there were some narrow paths and some big drops, but having been there before I knew what to expect and so able to warn my daughter. The known path is the easy path to take, it contains no surprises. Now that is not always the case. On this occasion I was telling her we were coming up to a very narrow path which had on one side a drop and on the other an electrified fence to protect horses. The last time I had walked there I felt it was dangerous enough for me to write to the council about. To my surprise they had taken heed, as they had promised. The fence had been moved back and the path cleared.

A pleasant surprise! That does not detract from the fact that the rest of the walk held no surprises for me, an easy walk. It might have been more enjoyable to share an adventure of a new route with my daughter. She loves the unexpected, the hint of the unknown and maybe even a bit of danger.

It is a bit like life, is it not? We feel comfortable with the known, the expected, the every day. It can be comforting, the daily routine.

It is easy to get into the position that we just do the same things as before. Some times we have to be forced into change.

It is in the unexpected that we discover the person we have yet to meet. That inner person we all have waiting to be released.

From 1900 to 1967, the Swiss were the leading watchmakers in the world. In 1967, when digital technology was patented, the Swiss rejected it in favour of the traditional ball bearings, gears, and mainsprings they had been using to make watches for decades. Unfortunately, however, the world was ready for this advance, and Seiko, a Japanese company, picked up the digital patent and became the leading watch manufacturer in the world almost overnight.

Fifty thousand of the 67,000 Swiss watchmakers went out of business because they refused to embrace this new technology. It was not until years later that the Swiss caught up and regained their position in the marketplace with the creation of Swatch watches

I am about to head out for a run. I think I might go and try a new route. You never know it might be better than the usual ones.

Never be afraid of change, it is after all just the next episode in your life.

Have a good day. Oh and I am sorry if you have heard some of my stories before, I am aware that some of them are a bit like me, greying at the edges. But one a day it is almost impossible to be new all the time.


This blog is linked to my other. Apocalypse
Posted by Ralph at 08:59