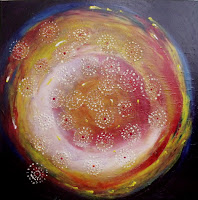 It was a beautiful crisp clear Monday morning on the golf course. The local minister was playing his usual Monday morning round of golf, a time when he could relax and consider the quality of the Sunday sermon. He was playing with a number of club members and the golf was going very well. The group had arrived at the fairway that ran alongside the main road. As the prepared to tee off a funeral cortege approached on the main road heading towards the local cemetery. The minister replaced his club in his golf bag, took off his cap and stood with his head bowed. His fellow golfers watched until the cortege had passed. One of them then said, “My minister what a grand mark of respect”. “Well,” said the minister, “she was a grand wife to me for 45 years.”


Respect and priority, are two important words in all our lives. Here was a man who thought he knew what his priority was, what was the most important thing in life. Those who have passion for art or for that matter for anything in life can so easily allow it to cloud their vision. It is right that if we take up anything in life then we have to do so with the passion it deserves but if we fail to get our priorities right and to respect that life cannot be lived in a bubble of self-containment, we will have a passion that becomes so insular it fails to express itself.

As the ancient said,” it is no use being so heavenly that you become no earthly use. The athlete who runs to excess or who over trains is the athlete that often suffers the most lay offs due to injury. Balance is the way of the Tao. The well known Taoist symbol of Yin Yang, "It represents the balance of opposites in the universe. When they are equally present, all is calm. When one is outweighed by the other, there is confusion and disarray." It is important for creativity as well as health to find the balance, the way of the Chi.
Posted by Ralph at 07:30