The Lost Axe and the Stolen Sweets 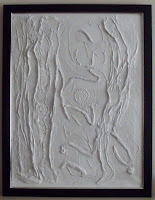 A man was in his garden chopping wood for his fire one day, as he chopped he was also making a very tidy woodpile sorting the logs in to various thicknesses. As he worked a young boy who lived not far from him joined him and offered to help. They took turns at cutting and stacking. After about two hours of labour they had made a considerable sized woodpile all stacked very neatly. The young lad left and went his way. The next day the old man went out to the woodpile to collect his axe. It was not where he normally left it, it had disappeared. Later that day the old man saw the young lad who had helped him pass down passed his house. He thought to himself, “That is what has happened to my axe. He has stolen it.” Each time he saw the young man he repeated this not only to himself but also to others in his hearing. The young lad was branded a thief by almost everybody in the village. People could be heard to whisper about him as he went about his day to day business. He became known as the village thief by almost everybody.


As the winter progressed the old man was thankful for the large pile of wood he had made. On cold evenings he had a ready supply of wood. On one such night he went out to gather some logs for his fire. As he lifted off some of the larger logs there exposed was the shaft of the long lost axe.

I remember when I was a very young lad in my second year at school a fellow pupil had a bag of sweets in her classroom desk. We had a period of gym to attend and we all left the room to go to the gym hall. On our return he sweets had disappeared. She looked round the room and noticed that I was eating a sweetie. She promptly went out to the teacher and accused me of stealing hers. It must have been a Friday, because that was the only day I ever got sweets. I knew who had the sweets, it was the classroom bully and he had told me that if I reported him I would get a lot worse on the way home. That day I got the belt from the teacher. Worse though years later I met that girl and she said to me, “You were the guy who stole my sweets.” I told her the real tale but for all those years she had branded me a thief.

Before we speak we should consider the consequences of what it is we say. This can work two ways. If we are the kind of person who is fast to judgement we may stigmatise another. If we are hyper critical of another we may put them off for life. Artists are often quick to comment on the work of others and in a strange desire to always be over enthusiastic miss an opportunity to encourage improvement. I was, and maybe to a degree still am, guilty of putting my mouth into gear before engaging my brain.

What we say can have a lasting effect on the lives of others. The painting I have included with this thought is one I have called, “Fractured Dreams.” It is one that I am sure inspire a deathly hush or some quiet thought it came to me as I considered the thoughts above wondering if I had ever fractured the dreams of another.
Posted by Ralph at 07:16