Mountains and The First Blotch of Paint 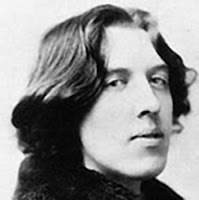 It was Oscar Wilde who said, “Why put off till tomorrow what you can put off till the next day” and Don Marquis who said, “Procrastination is the art of keeping up with yesterday”, No yesterday we all know is now dead and buried and not a lot we can do about it. I procrastinated all day yesterday with that painting I started. I looked at it, I drank a coffee, and looked some more. I decided that it was too early to give up on it so instead I went back a stage and added some more modelling gel. Let it dry and gave it another covering of acrylic gel. So here I am at exactly the place I was at this time yesterday. Not usually a habit of mine to procrastinate, think yes but not procrastinate. 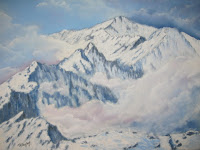 I have often stood at the bottom of some of Scotland’s more frightening mountains and thought do I really want to be going up there. Or I have stood at the start of a ridge looking at a very narrow path with drops of two or three thousand feet on either side and said asked myself if I was crazy. I have had a fear for heights for as long as I can remember and yet Scotland can be seen from ground level looking up or from the top of one of its peaks looking out and down. There is no comparison and once you have seen it from the summit you just have to do it again and again. I discovered that walking over ridges and climbing slowly up mountain paths gave you time to think and yes time to procrastinate and maybe even decide to just turn back. This happened to me one day on of all places an English mountain. (Those of you who are not familiar with the English – Scottish relationship to be beaten by an English mountain seemed worse than even a small Scottish one.) It was at the start of Striding Edge. I procrastinated and eventually turned back. It was a whole year later before I got the opportunity to put this to rights. In the intervening period I had learned that running those tracks ridges and paths was the way to do it. Stop thinking and just do it. The hardest part is the first step once that is over it gets easier.

It is a bit like standing in front of a blank canvas. I wonder if it is the same for those who work in stone or metal. The hardest part of any painting for me is the first blotch of paint, or returning to one that needs further work. It can be like the mountains though; you just know that getting started is the only way you can reach the summit. The glory of the summit is the goal. The finished work is the glory of the artist. So as we stand before the blank canvas, the sheet of metal or the block of stone remember procrastination is the art of keeping up with yesterday.


Finished Painting.
Well the procrastination is over and the painting has had some more work on it. Now that I see it I wonder if procrastinating was the better option. 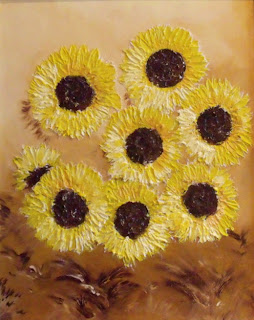