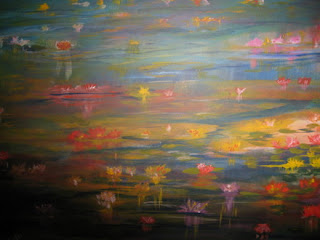 I remember when I was just a young man in those wild times of the 60s. I like all young men wanted to be more grown up than I was in fact. It was the days when you thought your parents were ancient and knew nothing, it was only when you were a bit older you began to realise they had forgotten more than you had learned. I had a friend who like me was involved in music. We used to do all kinds of things together one of which was going for a few beers. He had this rather wicked saying. When we walked into a bar he would look round at all the people there. He would select a female and say to me when that girl starts to look beautiful it is time to leave we will have had enough. I remember one occasion he came out with this usual “witty”. I looked at the selected girl and said to him, “I think it is time to leave now then because I think that girl is very beautiful.” I later went to the dancing with her and not him.


Many years later I remember taking my son and his friend to an adventure park. They had this tree walk where you walk along a narrow walkway high above the treetops. We got to the top and the view was absolutely stunning. You could see for miles. The snow topped mountains of the Cairngorms and the entire vista between. It was breathtaking. I commented on this to my son and his friend. His friend replied, “It is just a few trees and mountains.”

My favourite flowers are the orchid and the lotus. They grow in the most unexpected of places often on rotting bark. I remember seeing lotus growing in a pond and being captivated by the beauty of them. I commented to somebody and the opinion of this person was, “If that was my pond I would be giving it a good cleaning.” The lotus lies deep in the mud at the bottom of the pond from where it reaches up towards the light and then bursts into bloom with such breathtaking beauty. In the still of the night it gives colour and often a beautiful aroma.

The purpose of the Tao is to help people to rise above the grim and the nasty things of life and to see the beauty around us. The task of the artist is to challenge the beholder to see in all things beauty and meaning. beauty is indeed in the eye of the beholder.
Posted by Ralph at 08:08