The First Hints of Romance 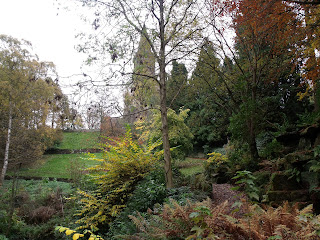 The First Hints of Romance

I am just home after running with my son, who is half my age, now that is what I call foolhardy. We knocked almost five minutes off my fastest time for that particular route. So no matter what happens today I have already had a measure of success and the day can only be good.

My son is more than a son to me he is and always has been a very good friend and pal. From a very early age we have done things together. I am indeed a very fortunate person having a son and a daughter who have always been more than just family to me.

Ross, my son has not had an easy life as some of you know. At a very early age in life he lost an eye and had to have a replacement glass eye fitted. This could so easily have been a turning point in his life, but it was not. He learned very quickly to make the most of what could have been something he carried with him through his whole life.

The stories I have in my memory jar of him and that glass eye would be enough to fill a book. Every year or so he had to have a new one made to accommodate his growing. These eyes were indeed a work of art. They were all hand painted to make a match of his other eye. Ross had a collection of the now too small ones. These were used to play all sorts of jokes on fellow pupils and teachers.

I will never forget the day we were having an ale together. A group of my ex students had joined us and, as is the way of young people, each one competing to show us how foolhardy they could be. I could see Ross listening carefully and could almost hear him thinking, “I wish these lads would just be themselves and stop trying to prove what they are.” He stood up saying he was just heading to the loo. He put his hand up to his eye and it looked as though he was removing his glass eye, he already had one of the extras in his hand . he leaned over and laid it beside his ale and said, “I will just keep an eye on my ale, you guys seem like you might try anything.” There was a sudden hush. It was amazing how the conversation became so much more adult from then in.

I was told a similar tale yesterday which Ross enjoyed during our run this morning.

A young man was in a restaurant on his own. Sitting at the next table was a beautiful lady, also, on her own. She was stunning, and he most certainly would have loved to have spoken to her. He kept finding himself looking in her direction. All of a sudden she sneezed. Her glass eye shot towards him. Like a cricket wicket keeper he caught it. They began to chat, and joined each others company. At the end of the meal she insisted on paying. Then an amazing thing happened, she invited him home for coffee and wine.

They had a lovely evening and it has to be said a beautiful breakfast. Before leaving they made arrangements to meet again. He told her how overwhelmed he was to have met her. He wondered how he had been so fortunate. She looked at him and smiled.

She said, ”You caught my eye!”

Life is not always a beautiful bed of roses, sometimes it is hard. It is however always best to make the most of adversity. It is indeed true that every cloud has a silver lining.

I hope you all have a marvellous day.
Posted by Ralph at 10:08