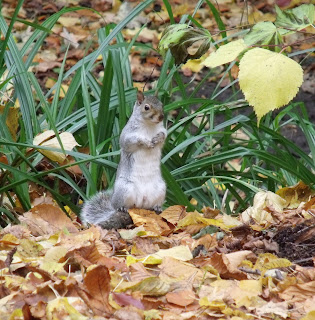 It is amazing how we can allow life to become so comfortable that we begin to take things for granted. I have a certain number of routes that I can choose to run and because I run at the same time each day I expect on certain runs to meet certain people. I take it for granted. The same people walking their dogs, the same old guys out for their morning stroll. I turn certain bends and expect certain things. Then one day it all changes and you are facing a solid wall that was not there the last time, what do you do now? Out of your comfort zone and you immediately feel rattled.

There is a lovely story that makes a similar message. A little mouse lived on a farm. He lived behind the skirting board in the kitchen. It was a nice spot to live being warm and always there was plenty to eat around the place. One day he peeped out from his spot and saw the farmer’s wife opening a parcel. The parcel contained a number of mousetraps.

The little mouse panicked. He ran off to the shed and told the chicken, the pig and the cow. They all looked at him and asked what the problem was. The mouse said they were dangerous things mouse traps. The pig laughed and said that it might be for him but not for them. A mousetrap was never going to be a problem for them.

Later that day, all of the animals heard the farmer’s wife screaming. The mousetrap had gone off and caught a snake by the tail. The snake had then bitten the farmers’ wife. The farmer rushed her to hospital and they did their best to remove all the poison, but late in the night she still had a terrible fever. 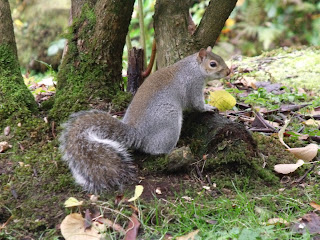 The farmer knew that some nice chicken broth was known to help. He went out to the shed and killed the chicken to make the broth. Sadly the fever persisted. So many people visited and offered their help the farmer had to kill the pig to make enough sandwiches to feed them all.

Sadly the poison took its toll and the wife died. The farmer on hearing how many people were to be attending the funeral had to kill the cow to supply enough food for them all.

So you see the truth of the matter is that the mousetrap was responsible for the deaths of them all and the mouse was a witness to this. Some times life can get so comfortable for us that we fail to notice the needs of those around us. We are all part of the wonderful thread of life and whether we like it or not what effects those around us can so easily in the end effect us.

Sorry the pictures do not exactly fit the story but I took those yesterday and thought I would share them with you today. I saw this fellow and some beautiful deer yesterday they made my day.

Have a marvellous weekend.
Posted by Ralph at 11:35