A Challenge and a Half 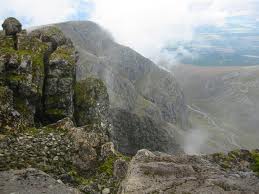 My apologies, this post was done much later than I would normally be posting. I arrived home from my morning run feeling exhausted even though I had only run just over the six miles. I think yesterday I must have over done things. IN the morning I tried to run a route faster than I had before and then in the evening I ventured forth in a howling ale and very heavy rain and walked further than I had intended.

There is a lesson that I need to remind myself. “The greatest doctor is your own body.” It tells you when you have consumed too much salt even although it has never been told what the maximum you should take in any one day. It just knows so it tells you it is thirsty and you need to drink, once you have drunk enough to quench the thirst it flushes out the salt from your system and presto back to normal. Why the government employs people to tell us this I will never know.

Another thing the body is good at telling you is when something is not right, it gives you a painful reminder. When you are tired it wants to sleep. Now is all that not amazing it just knows these things, and if we listen to it we will be ok. So when mine screamed at me this morning that it did not want me to run why did I not just listen? Anyway I arrived home and fell asleep in the bath. 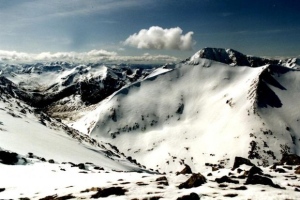 Now maybe I should whisper this next bit. I have been set a lovely challenge for next year. I have been asked to run up and down Scotland’s highest mountain, Ben Nevis. A big beautiful giant of a mountain. The books will all tell you that the climb from sea level to the summit takes about 5 hours and the descent is slightly less but not a great deal. So a days outing.

My challenge is to be up and down it in less than three hours. I will be doing it for a charity. So I hope my body is not listening to intently because he and I are going to have to be the best of friends between now and then. 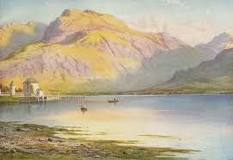 Today I am hoping to paint, so I will be kind and gentle to him for the rest of today.

I have added a picture and a painting of the Ben to give you some idea of why I have used this blog to tell you about him.
Posted by Ralph at 12:22