Who I Am Says More Than Anything I Ever Say. 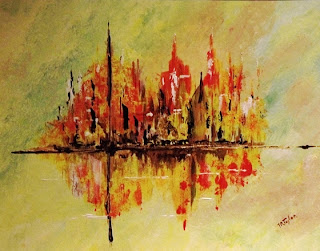 Before I being today I have to say thanks to all who offered advice yesterday. What I failed to say though was that this friend was violent towards the wife of a very close friend. This adds a dimension that makes things difficult. It will come out right.

When I decided to give up being a parish minister and enter the world of education I was also a prison chaplain. When I left the ministry the prison asked me if I would stay on as chaplain for as long as I could. It gave them time to find the right person for the post. (They did not want to make the same mistake twice. Ha Ha). I was happy to do it, it meant fitting it into a tight schedule and a longer drive to get to and from the prison.

As each class entered my room I began every lesson with the same words. I waited until they were all seated and quiet, I looked at each of them and smiled, and asked them how their day was going. One day a young lad in the class said he was having a bad day, he then went on to ask how it was I never seemed to have bad days. “How come you are always smiling and laughing?” he asked me. I replied, “Because I choose to be happy.”

I noticed the class looking at me so I offered to explain. I told them of the day I was driving to the prison. Two prisoners had asked to see me that night and it seemed important that I made the effort to answer the request. As I drove to the prison my car refused to go any further. I was able to park it on the grass verge by pushing it, and I made my way to the prison on foot. When I arrived I explained to the officer on gate duty what had happened. I told him it was my lucky day, and asked if he could call a friend whom I was sure would be able to repair my car for me where it was.

The officer said he would but then commented, “How the hell can this be your lucky day? Your car broke down you had to walk, now you need to hope it can be fixed.” I said to him, “But it broke down within walking distance, I was able to leave it in a safe place and I do have a friend who may well get it going, things could have been a great deal worse when you consider it.” He looked at me and said, “Well I would not be calling it my lucky day.”

I was able to visit with the two prisoners, and was so glad I had made the effort because they seemed glad I had, and their problems seemed less worrying when I left.

I looked at the faces of my students. Some were puzzled, others were smiling but they were all listening. Somehow the story had touched them, or maybe it was nothing to do with the story. A wise man once said, “Who you are speaks louder to me than anything you can say.” Maybe that is the way of Tao.

This blog is linked to my other where I discuss the artwork used here. Fractured Worlds
Posted by Ralph at 09:16