The Source Of Happiness 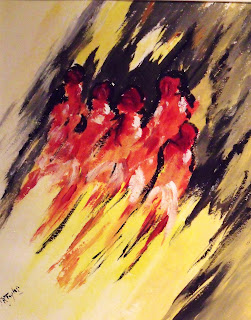 This week on out morning television programme, which I do my best to avoid, they have been running a slot on how to find happiness. This is because out new prime minister has appointed, would you believe it, a minister of happiness. The fact that they are reducing the cash available to every aspect of life may have been what inspired this thought. How do we keep people happy?

Today, while I drank my early morning cup of coffee this slot appeared. Every day the presenter has advised meditation and making a point of telling somebody something to make them happy. Every day when he mentions the meditation he very quickly points out that the meditation he means is meditation without religion. He then goes on to say that it is not religious but, “Mindfulness Meditation”.

Now just to set the record straight, Mindfulness Meditation was first put forward as a theory by Lao Tzu, it was further developed in 500BC by Buddha. At the same time in China it was being taught as the way to peace and harmony by Confucius. I watched a film about his life last night, in Chinese and dubbed, but a moving story. So far from it being non religious it has it beginnings and growth in the religions of the Far East.

I have mentioned this n this blog so many times in different ways. It is the art of training the mind to take bad thoughts and turn them into good ones. My day begins each day with just such a session.

A true event I heard about and share with you began with a phone call from a son to his mother. He called his parents from San Francisco to ask if it would be alright to bring his friend home with him. They were returning from the Vietnam war. Without thinking the mother replied, “Of course I would love to meet your friend.”

He then went on to say "There's something you should know , "he was hurt pretty badly in the fighting. He stepped on a land mind and lost an arm and a leg. He has nowhere else to go, and I want him to come live with us."

The mother telling the tale all these years later said it was the best thing that ever happened to her home. He was a man who only ever saw the best in people and situations and he changed her life. He practised mindfulness.

A friend said something to me yesterday that is still making me smile today.

Friends are a very rare jewel, indeed. They make you smile and encourage you to succeed They lend an ear, they share a word of praise, and they always want to open their hearts to us.

They practice the ancient religious way of Mindfulness. Wow I am feeling better I have got that off my chest.

This blog is linked to my other.  The Dance Of The Fireflies