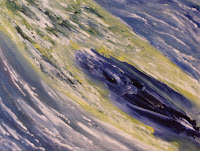 I hope all the fathers reading this had as nice a day as I had. Yesterday the sun shone all day. My wife brought her father down to visit. In spite of the heat he wanted a bowl of homemade soup. I made him some cock-a-leakie from produce from my plot. Later my daughter my son and daughter in law visited. We had a meal out in the garden and then we had a relaxed time until it was bed time.


My son is a lawyer, he was telling me how in some intensive negotiations humour often plays its part in keeping meetings relaxed and tension free. Often the lawyer is the but of the joke but under the circumstances he feels that may be a good thing.

He had me laughing when he told me he had used one or two of the stories I had told you on here. He was saying he had used the tale of the lawyer the doctor and the minister at the funeral, one I shared sometime ago.

I asked if he had heard what happened to these three after that event. He said I had not. So hear it is.

The three became friendly and had agreed to play golf together each Monday morning and then have lunch together. This had become a practice and each had looked forward to the meetings.

One day they were all playing their round of golf. In front of them there was a foursome. They were playing very slow and the three were having to wait. They became to grumble about the time they were taking. Eventually they went to the club secretary whom they saw playing not far behind them. They complained saying that the players in front were not good enough to be on the course. The club secretary explained that three of the four were in fact blind. They were firemen who had lost their sight while saving the clubhouse from destruction in a fire.

The three fell silent. The minister said it was a shame he would say some special prayers for them. The doctor said he would approach an ophthalmic surgeon friend to see if there was anything that could be done. The lawyer thought for a moment and then turned to the secretary and said, “Why cant they play during the night.”

Sometimes we can just never find it in ourselves to have sympathy for the struggles of others. I give thanks that I am fortunate enough to be surrounded by people who care.

This blog is linked to my other. The Eye of the Storm
Posted by Ralph at 08:01