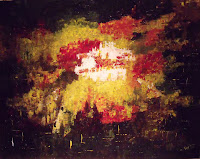 I was reading Kathleen's blog the other day, where she was telling of her last days at school before the summer vacation. She has ended up taking an awkward schedule next year. This happened because she is a kind and caring person. The behaviour of her fellow teachers, was to say the least, shocking, and at its worst petty minded.


It reminded me of my teaching days. My first and last thoughts were always for my students. There were times when that became very difficult when teachers, whom one expected more of behaved worse than the students.

As I have said before, or more than one occasion, the bad times were more than compensated by the joys of seeing students grasp a lesson and move on. Occasionally an exceptional event would happen that put everything into its place and you became aware that you had indeed changed a life.

There is the story of the philosophy examination. The students were gathered and ready. It was explained to the class that the maximum time was an hour. There was no maximum or minimum number of words to be written. If students were finished they were to leave their work on the desk and leave quietly.

The Master placed a chair on the desk at the front of the room. He then wrote on the chalkboard , “Using all that you have learned this term prove that this chair does not exist.”

Pens moved over the paper. Scoring out and writing was going on all over the room. Some students wrote pages and pages, others worked hard and studiously. One student however, was finished in less than two minutes. He folded his answer and left.

When the marks were posted the following week, the class were amazed to see he had an A1, he had after all written very little.

His answer was simple and to the point. He had written, “What chair?”

When the student has surprised the master then the master has been a good teacher. Who will you help to the next stage without knowing it?  Do not be deterred from the path by the complaints of others.

This blog is linked to my other.  The Wall
Posted by Ralph at 08:07