Hope, Prisoners and Painting and Statues 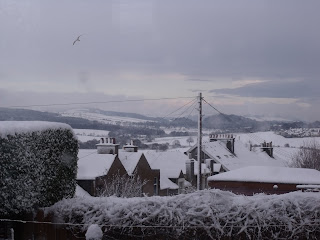 It was suggested to me the other day that I, “It seems to may you may have lost hope”. Now what do we mean by hope? Hope is a belief in a positive outcome related to events and circumstances in one's life. Hope is the feeling that what is wanted can be had or that events will turn out for the best.


I remember at the age of four or five. I was out on my tricycle with my mother. A friend who she was talking to me asked me what I wanted to be when I grew up. I replied, “I want to be a statue”. What I think I meant was that I wanted to be well enough known that I would be remembered. Well if that was my hope, I suspect that I may have missed it. But I have lived a full and very fruitful life in the missing of it. A long story and not for a blog but looking back I can most certainly say I have effected and maybe even changed the lives of a number of people, many of whom still make contact. Of course I have changed the direction of some lives in the decisions I made as a magistrate, minister , chaplain and teacher.

But have I lost hope in my life. Not at all. I will never be a statue that is for sure. But ever day I awake in the hope and belief that I might one day paint something that brings joy to others. That I might help others to capture some of the beauty of the world. That I might make the somebody think deeper thoughts.

Try as we might we do not always succeed. I remember a young man who the courts had decided deserved a term of imprisonment. As an alternative he was ordered to do a number of hours useful labour in the community. I organised for him to do this in and around the church where I was minister. The first day he arrived there had been a considerable snow fall. I asked him to clear the path from the road to the church doorway. After a short time he said he was not prepared for this and packed himself off home. The outcome of his action was he was told he would do the time in prison as his alternative. Two days later I was visiting the prison as Chaplain. What was he doing? He was cleaning the snow from the prison yard. As I passed I whispered to him. “Hope the food and comfortable bed is better than you had removing my snow.” On the other hand over the period we had some excellent work done by people on this scheme and many of their lives were turned around.

As life goes on I wonder, I think, but I have never lost hope in the sense that no matter the age of a person we can still effect the lives of others. My hope is that I can continue to do so and at the same time find peace and joy in my life.

I suspect the barstool philosopher is taking over this morning. On a lighter note, I often warned some pupils that if they did not mend their ways I would see them in court. Some I did. But before leaving that part of the country I remember the lad who came over to my wife and I one evening, his pals in tow, and openly said, “Lads meet the man who changed my life. I never forgot the day he took me aside and warned me.” It warms my heart to know that hope is never lost.
Posted by Ralph at 08:31