Gone But Still Around 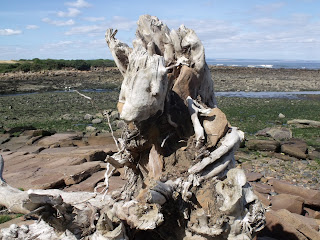 I have been away for another few days in my caravan. While away I did much of the usual things I do. I ran every morning over new places and hills I had never been before. I got lost one day but it was interesting seeing where I was going to end up. I walked a great deal also and had some very interesting walks, where I encountered birds that I do not see where I come from and the odd snake.  I cycled. So all in all, a very interesting time.
I managed to take some good pictures that I hope will inspire later paintings.
One of the great things about new places is that it also means meeting new people. Some are very friendly, others less so.  On the site where I had my caravan there was an old lad in a caravan close to me. He was a very friendly sort. He sat outside his van and tried to make conversation with most of the people who passed.
I was walking through the site one of the days and overheard a conversation. I heard a young man comment on the old lad. I heard him call him, “an interfering old bugger.” I just could not resist. Before I could stop myself I turned and said, “He is a man nearing his later years who wants to be friendly, and for all you know he may well have led a much more interesting life than you ever will.”
The man who had spoken looked at me, “you the man who runs every morning, are you not?”
I told him I was. He said he thought it was amazing that somebody of my age ran every day. I looked at him and smiled, as he took another puff from his cigarette. I laughed, “Do you think you will be at my age?” I asked.
I have said it often before on this blog, but I say it again. Old age is one thing we can never avoid. It might be wise to consider how we would hope to be seen when it arrives at our doorstep. Maybe then we will see those who have already arrived in a new light.
Oh just for a little smile, the old lad it turns out was ten years younger than me. 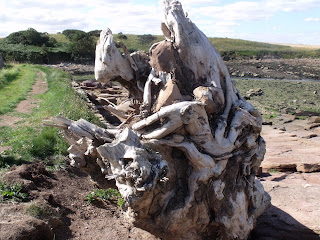 I hope the thoughts in this blog help to make understanding of the poem based around the pictures on this on my other blog.
Posted by Ralph at 12:24