The Old Man and The Artist 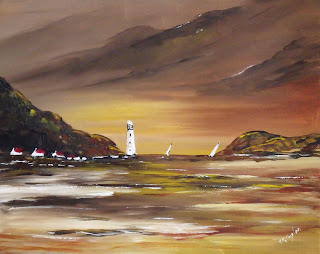 I have had little time for painting recently and am now feeling bad that I seem to have less time for blogging also. What with the large garden plot my running and so many other things I allow to crowd my life. My garden is looking good and I am happy about that. I am so looking forward to being able to harvest some of the vegetables. I am running well at the present and enjoying walking.
I have been waking up in the middle of the night and hearing music in my head and seeing pictures so maybe my brain is telling me it is time to return to the paints. I sold two paintings last week, ones I thought I had sold previously but had not. The same person who approached me before and asked me to mark them has sold has come back to me and asked if I still have them, so it looks good.
Once again though the message is the same. It is not possible to do all the things you would like to, and more importantly do them all well.  This reminds me of a true story.
Dante Gabriel Rossetti, was once approached by an elderly man. The old fellow had some sketches and drawings that he wanted Rossetti to look at and tell him if they were any good, or if they at least showed potential talent.
Rossetti looked them over carefully. After the first few, he knew that they were worthless, showing not the least sign of artistic talent. But Rossetti was a kind man, and he told the elderly man as gently as possible that the pictures were without much value and showed little talent. He was sorry, but he could not lie to the man. The visitor was disappointed, but seemed to expect Rossetti’s judgment.
He then apologized for taking up Rossetti’s time, but would he just look at a few more drawings – these done by a young art student? Rossetti looked over the second batch of sketches and immediately became enthusiastic over the talent they revealed. “These,” he said, “oh, these are good. This young student has great talent. He should be given every help and encouragement in his career as an artist. He has a great future if he will work hard and stick to it.”
Rossetti could see that the old fellow was deeply moved. “Who is this fine young artist?” he asked. “Your son?” “No,” said the old man sadly. “It is me – 40 years ago. If only I had heard your praise then! For you see, I got discouraged and gave up – too soon.”
Yes it is time for me to get back to the painting. If not who knows what might happen and I do have a few spaces waiting for new works.
This blog is linked to my other.   Two Paintings I Hope Are Now Sold.
Posted by Ralph at 12:09