It Comes From Hardship 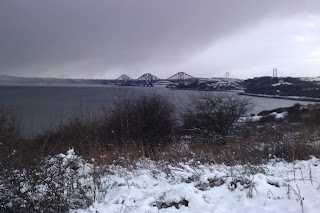 One of the strange things about this terrible weather we are having, well terrible for some, is the sense of togetherness it seems to engender. I actually love the snow, no matter how long it lasts. I enjoy running in it, and I enjoy the walks I have in it. Yesterday as I ran , more people than normal spoke to me, making comments about how ambitious I was being etc. Even when out walking more people speak, there is almost a sense of, “we are all in this together.”


This reminded me of the true story of some years ago.

It happened late at night, at 11:30 pm, an older African-American woman was

rain storm. Her car had broken down and she desperately needed a ride.

Soaking wet, she decided to flag down the next car.

1960s. The man took her to safety, helped her get assistance and

put her into a taxi cab. She seemed to be in a big hurry! She wrote

down his address, thanked him and drove away.

Seven or so days later there was a knock at the young mans door. Standing there when he answered was a delivery man, he had a giant colour television and music player addressed to him. Also attached was a letter addressed to him, it read:

Thank you so much for assisting me on the highway the other night. The rain drenched not only my clothes but my spirits. Then you came along, and because of you I was able to make it to my dying husbands bedside just before he passed away. God Bless you for helping me so unselfishly.

Yes ,I am aware that there are many who in the present climate are acting selfishly, but there are more than normal those who are becoming aware that we are indeed, “all in this together.”

I have left yesterdays other blog for a bit longer after the emails I recieved. I Remember (No More)
Posted by Ralph at 08:51