Things Are Not Always As They Seem. 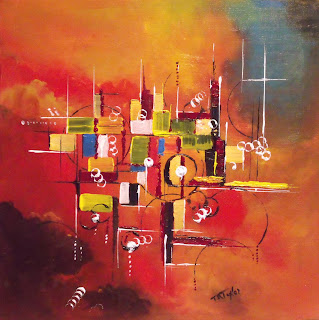 Much of our news broadcasts and newsprint is taken up at present with one story. A well known DJ who was famous not only for the TV shows he presented but also for the seemingly good works he did. He raised millions for charity and offered his personal service in many ways. He was knighted, which put him up there among the “elite” of society.

It now turns out that all the while he was also using his fame to abuse young girls.

I want to say no more about that here, because that is not the purpose of my blog. I speak of it merely as a reminder that not all things are always as they seem. In truth so often if something seems to good to be true, you can be sure it is just that.

This reminds me of the tale of the two travelling angels. One evening they stopped at the home of a wealthy family. The family treated them rudely and refused to let them stay in the guest room, instead they had to sleep  in a cold basement.

As they made their beds on the hard cold floor, the older angel saw a hole in the wall and repaired it.

When the younger angel asked why, the older angel replied, “things are not always as they seem.”

The next night the two came to rest in the home of a poor family, who treated them with the greatest of respect. After sharing what little food they had the angels were allowed to sleep in their bed, where they had a comfortable night.”Ehen we stayed in the basement I noticed there was loads of gold hidden in that holein the wall. Since the owner was so obsessed with greed and unwilling to share, I sealed the hole so he would never find it.”

The next morning they found the couple in tears. Their only cow lay dead in the field.

As the two journeyed on it became obvious the younger one was angry. Eventually she said, “Why did you let that happen?” “The first man had everything , and yet you still helped him. The second family had little but were willing to share, and you let their cow die.”

“Things are not always as they seem,” said the older. When we stayed in the basement I noticed there was loads of gold hidden in that hole in the wall. Since the owner was so obsessed with greed and unwilling to share, I sealed the hole so he would never find it.”

“Then last night as we slept in the farmers bed, the angel of death came for his wife. I persuaded her to take the cow instead.

Things are not always as they seem.

This blog is linked to my other. The categorical Imperative.