Let Us Make A Good Job Of It. 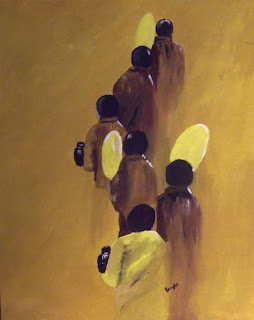 All the talk of police and the events happening in England just make me feel a real sense of sadness and despair. Last night the courts were sitting through the night trying to catch up with the backlog of arrests made during the disturbances. Having been a part-time judge for over 20 years I know just exactly what those Magistrates are feeling like. How often I have had a young person standing before me aware that no matter what I do it is going to have little or no effect on the future behaviour of the person. That sense of another one of the lost generation being raised by the future lost generation on the treadmill of despair
I t stands in stark contrast to the recent show I attended of the Shaolin Warriors. This told the story of those seeking to find meaning in their lives and an understanding of the place of discipline. I am aware that I was watching a show and that is a step away from reality, but I am also aware that in many corners of the globe such lives are reality and the place of discipline and meaning has not been lost.
So it was with some joy that I heard this tale I am going to share with you today. I am assured this is a tale of a true and accounted event. It involves misdemeanour and the police but it sure does have its funny twist.
An elderly lady returned to the car park with her trolley laden with groceries. As she arrived at her car she found four males in the act of leaving with her car. She let go of her shopping trolley and drew a handgun, proceeding to scream at the top of her lungs, :I have a gun, and I know how to use it! Get out of the car.”
The four men did not wait for a second. They got out and ran.
The lady, somewhat shaken, then proceeded to load her shopping into the car and got into the driver’s seat. She was so shaken that she could not get the ignition key into the car. She tried and tried to no avail. It was only then she wondered why there was a football, a Frisbee and a 12pack of beer of the front seat.
A few minutes later she found her own car five spaces further on in the car park. She loaded her messages into her car and drove straight to the police station to report her mistake.
The police sergeant could not stop laughing. He pointed to the other end of the counter where four young lads were reporting a car jacking by a mad elderly woman, carrying a large handgun.
In the end no charges were filed. The moral of the story, if you are going to make a mistake, make it a good one but at least come clean and be honest about it.
The path to enlightenment is strewn with the mistakes of learning.
This blog is linked to my other.  The Path To Enlightenment.
Posted by Ralph at 09:13